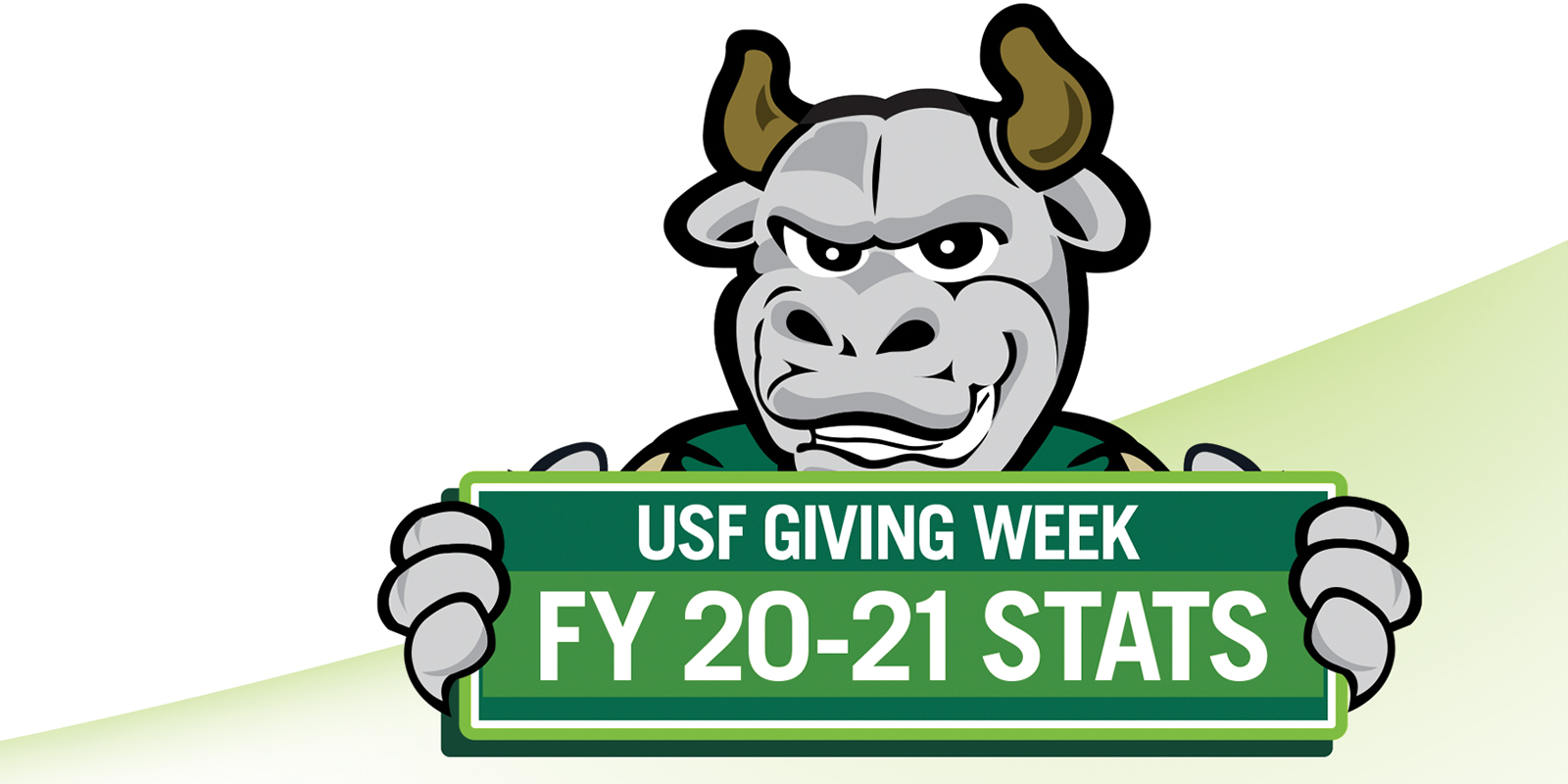 In what has become a USF tradition, the university community came together to celebrate our beloved mascot, Rocky D. Bull, on his birthday by giving back — this year during a week-long virtual celebration.

From April 5–9, the USF community celebrated Giving Week by supporting causes across all USF campuses.

“The funds that get highlighted during Giving Week are a great little microcosm of how you can give at USF,” said Meagan Eastman ’12, M.S. ’15, chair of the USF BOLD Council, citing how causes ranged from Rocky’s uniform fund to the USF food pantries and biomedical research. “Giving Week does a really good job of bringing all the myriad aspects of the university and the student experience together in a way that’s really easy to share and get excited about.” 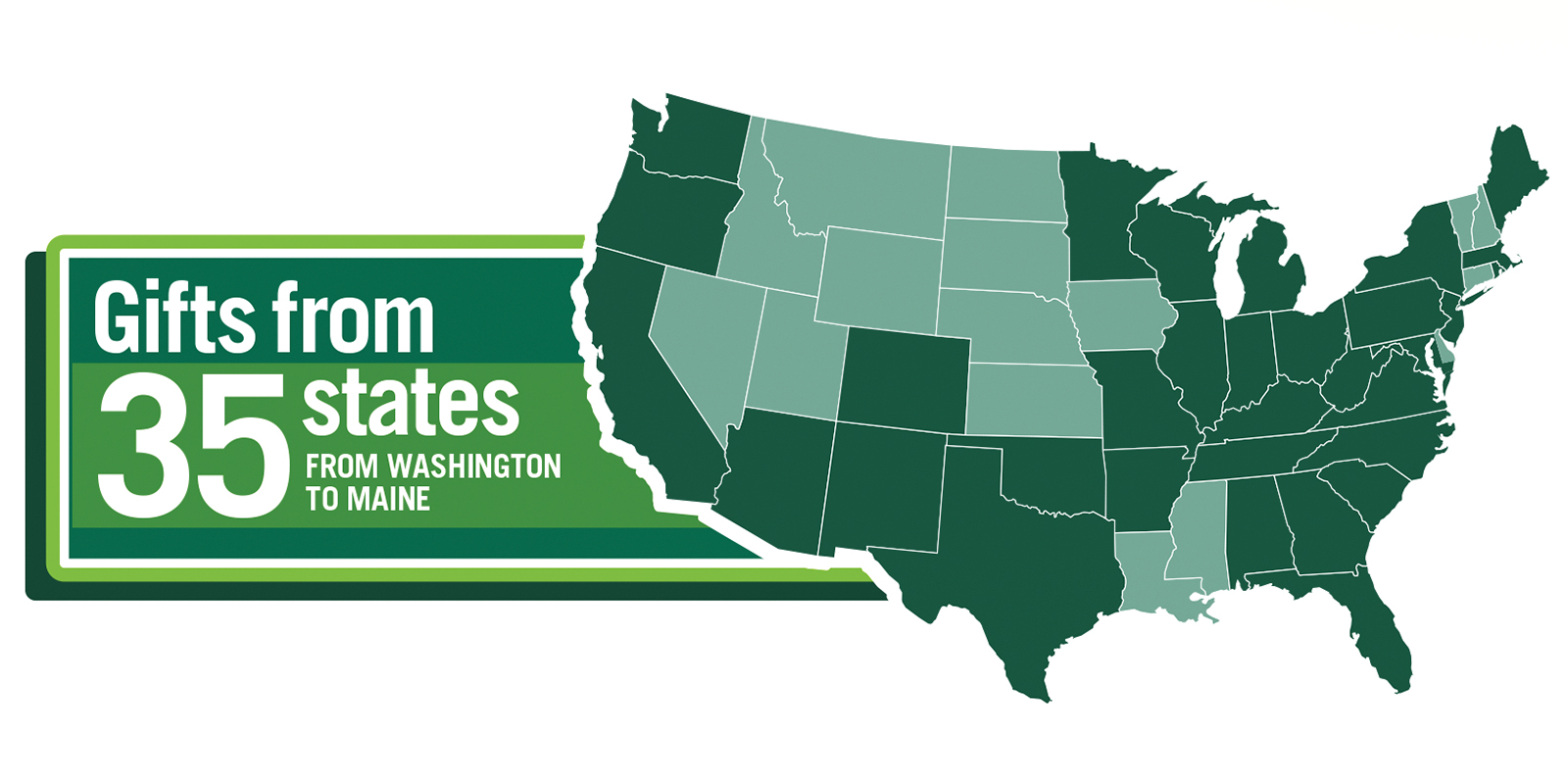 Helping to push the amount raised well past the initial goal, were two challenge donors.

George ’76 and Jane Morgan committed to make a gift of $5,000 to Stampede for Women once 500 gifts were made. The Morgans were inspired by their experiences with similar drives at other institutions.

“We saw the power of offering these types of matches to motivate the potential donor base,” said Jane Morgan. “We felt like we were supporting the university, supporting women athletes and getting other donors involved. It was a win-win-win for us.”

George Morgan, who has served on the Foundation’s board for 11 years, said Giving Week is a great way to introduce people to the fundraising process. “People feel like they’re part of it. Once you’ve donated, it’s hard not to donate again,” he said. 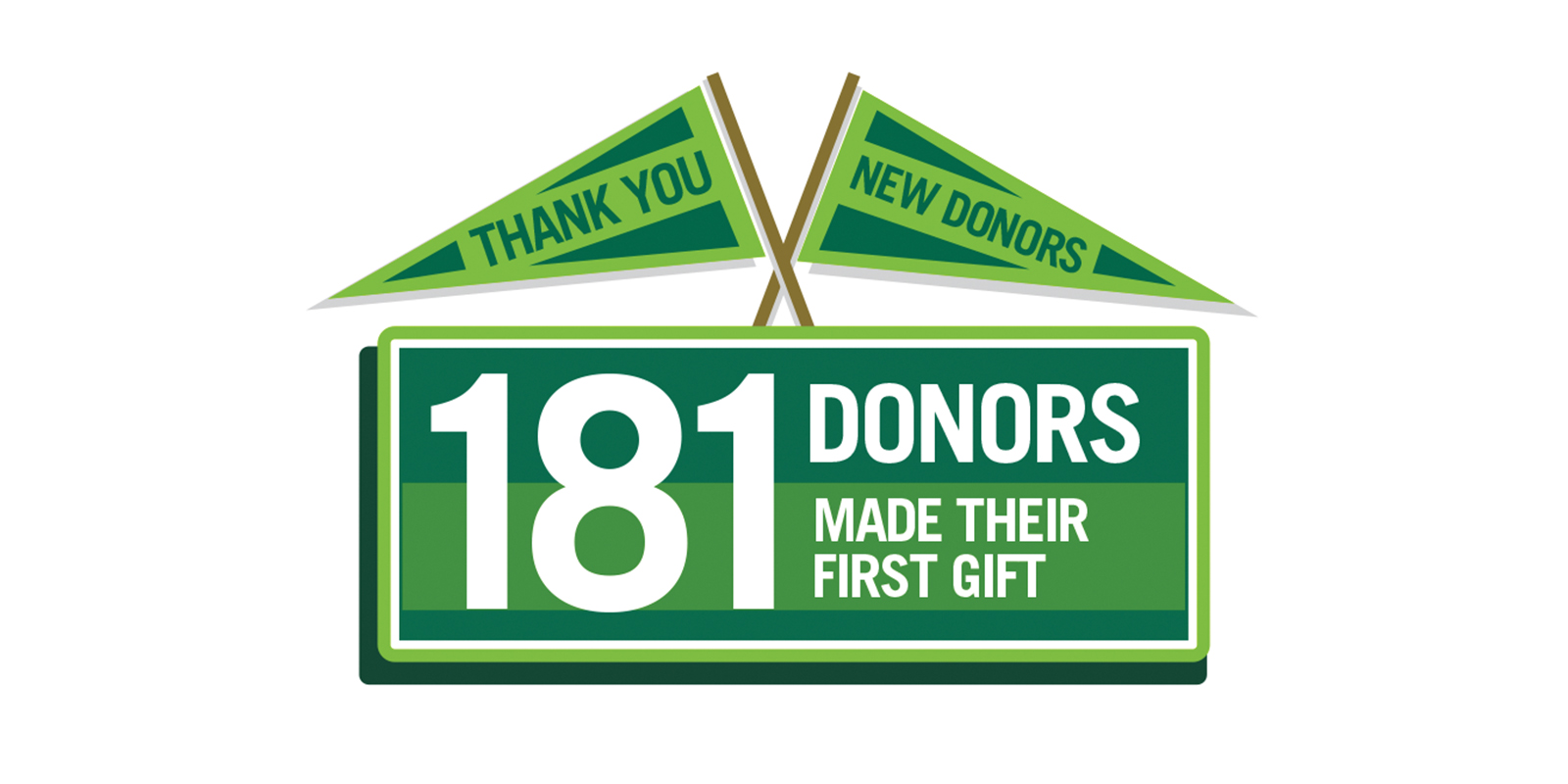 A second challenge gift came in from Arthur Herold ’75, associate professor of family medicine in the Morsani College of Medicine. Herold committed to making a $12,000 gift if 1,200 gifts were made.

Herold said often people have good intentions about giving but can feel paralyzed with where to start. “There are many Foundation accounts, but just pick the ones that look like they meet your interest and are going to do some good,” he said. “What motivated me was to get the message out, to truly challenge people to do better.” 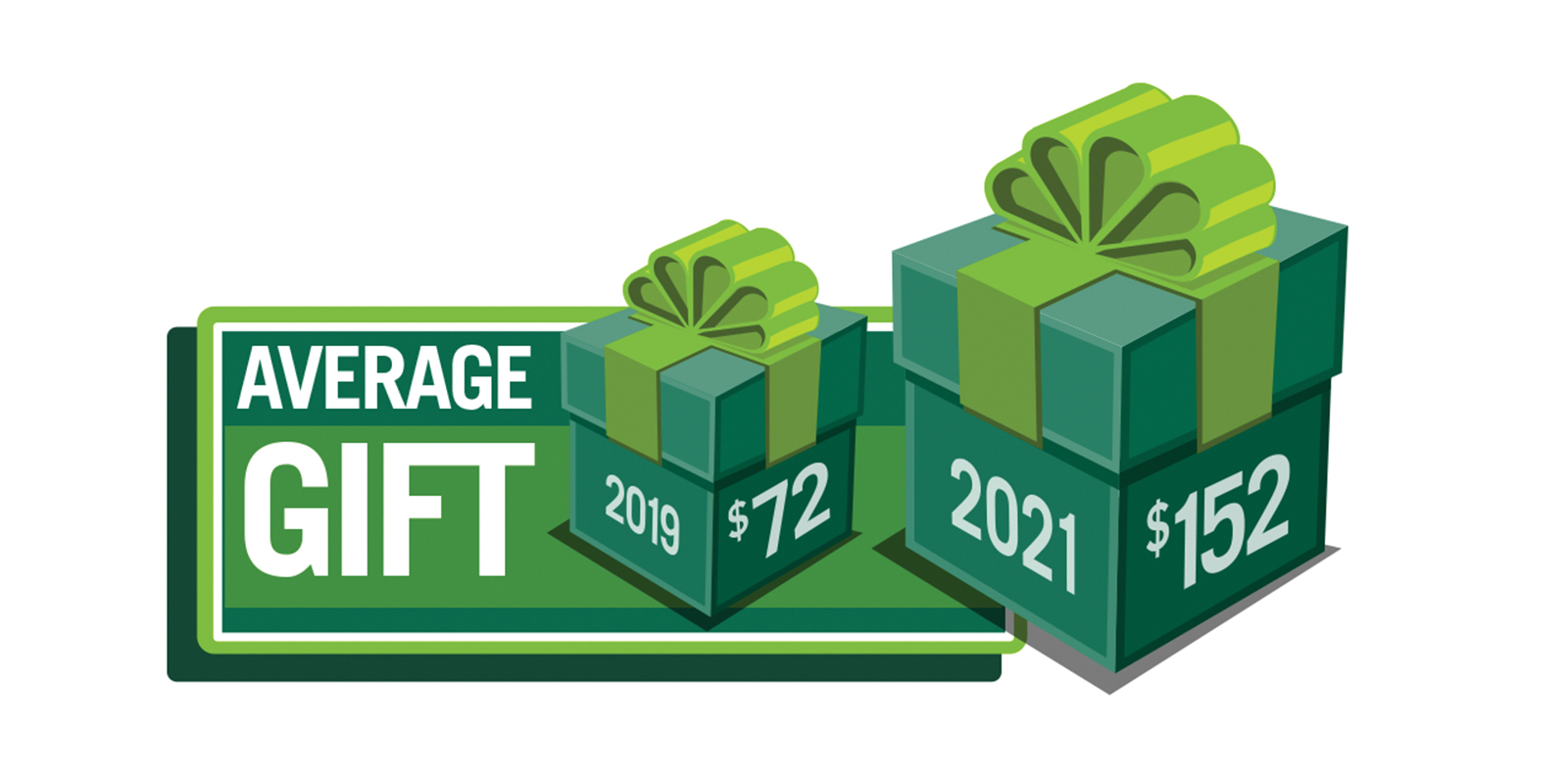 Though the usual mix of virtual and on-campus activities were shifted entirely online due to the pandemic, the university engaged with donors through “Giving Week Now” and a “Which Rocky Are You?” quiz. BOLD promoted the week by sharing “Why I Give” stories of young alumni on social media.

“For me, Giving Week, especially during the pandemic, was so special, because it gave me that connection back to the university,” said George Papadeas, co-chair of the BOLD Council. “During Giving Week, I can either go spend $100 on a dinner out, or I can give $100 to the food pantry and feed a student for a week. Giving Week allows me to think that way.”

The success of the university’s first Giving Week sure helped Rocky — and our students, faculty and staff — feel the love. Go Bulls! 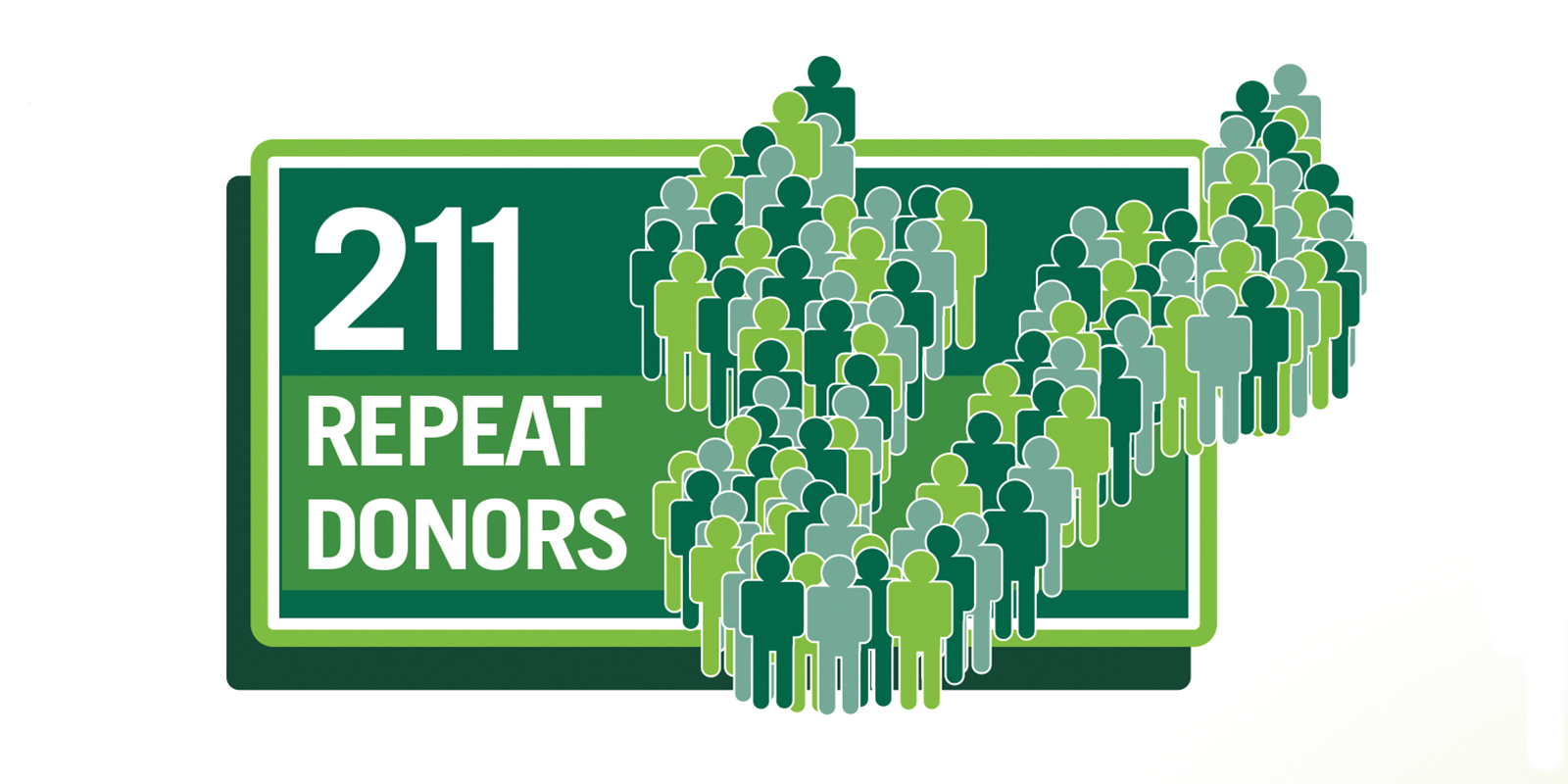 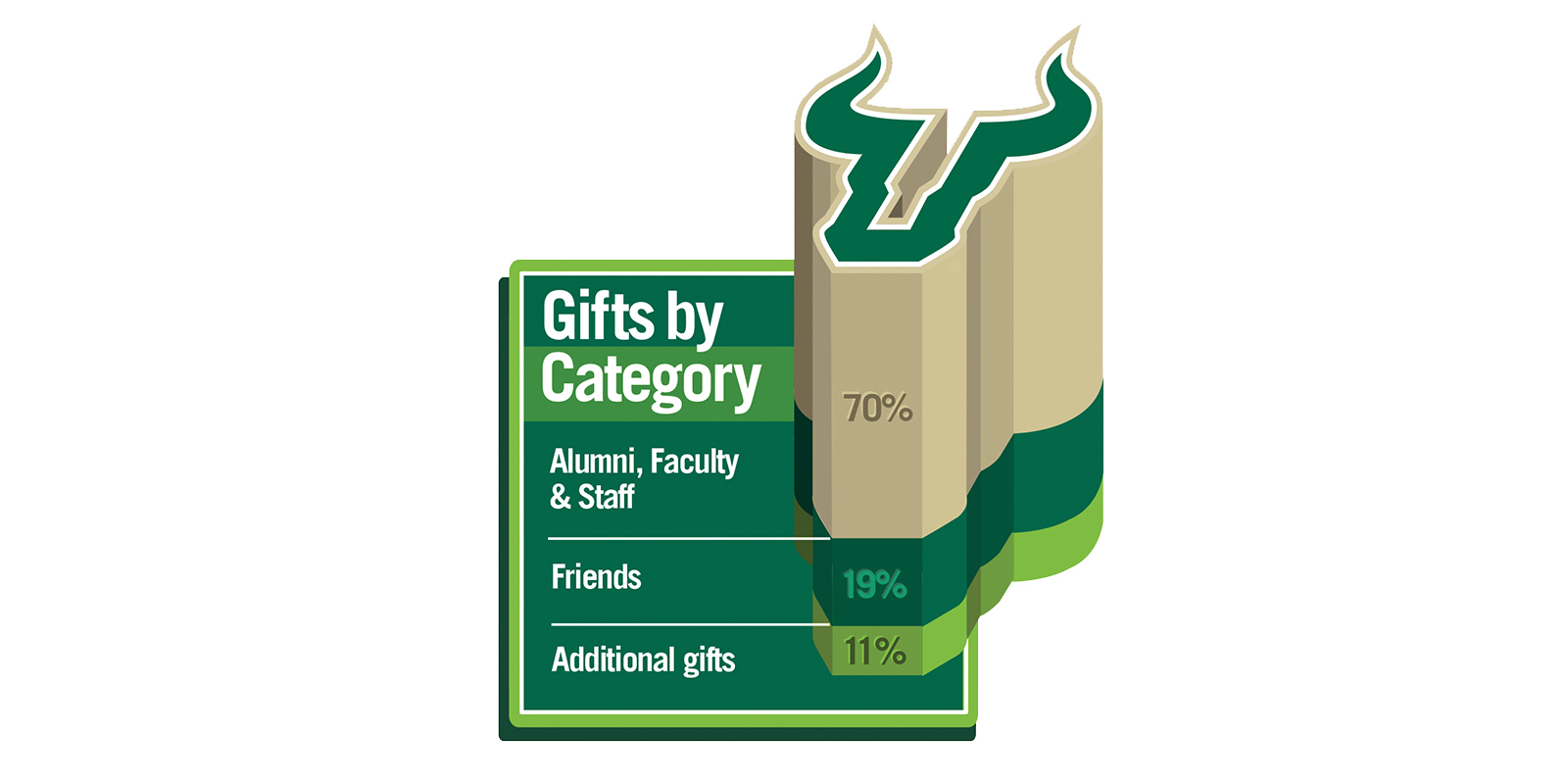