/ Impact / Give It to Cancer

For Hanukkah, 11-year-old says, 'give it to cancer' 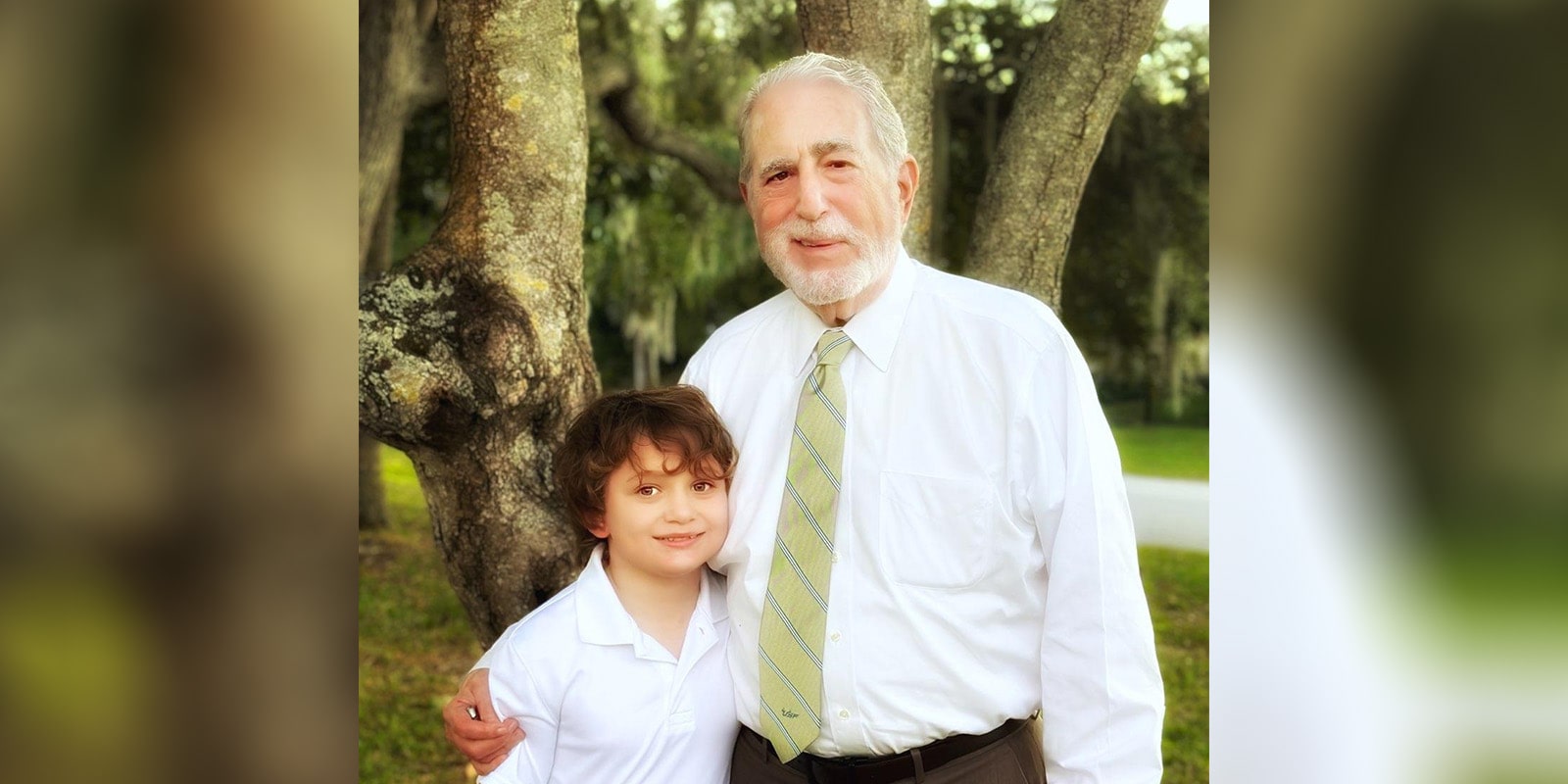 Above: When Judge Raymond Gross gave his grandson Jackson Tieder an early Hanukkah present, the 11-year-old "immediately announced that he wanted to gift this to help cancer research," Gross says.

He didn’t have a list when his grandfather surprised him with an early Hanukkah present of $100. So he gave it back.

But not to Pop.

“I was, like, ‘Cool! Nice! Thank You!’ But there wasn’t anything I wanted at the time,” the sixth-grader says. “I wanted to give it to cancer.”

Jackson’s grandmother, Paulette Gross — Neen to her grands and a ’68 USF graduate — died from cancer when Jackson was a baby. Maybe, he reasoned, his $100 could keep that from happening to someone else.

His mom, Becca Tieder, thought so, too. She and her husband, Chip, have made Tzedakah, spontaneous charity, part of the family fabric. But her dad’s gift to Jackson was generous, and she wanted to be sure her son wouldn’t regret his impulse.

“I suggested he give just half. He said no. I asked him repeatedly over several days, ‘Are you sure you want to do this?’ He was quite committed,” she says.

She had a good idea for how it could make a difference — USF, and one researcher in particular. As a Tampa native, Tieder is a dedicated supporter of the university. She’s also the daughter of two alumni, Paulette and Pop, aka Judge Raymond Gross, ’69, a USF Distinguished Alumnus and Donald A. Gifford Service Award recipient.

She suggested Jackson donate to Dr. Mildred Acevedo-Duncan’s lab at USF’s Department of Chemistry. Internationally recognized for her pioneering advancements in cancer cell studies, Acevedo-Duncan is also a scientist who invites undergraduates to join in her research.

“Those are students not much older than Jackson,” Tieder says. “How many people will be working in science because Dr. Acevedo-Duncan said, ‘I’m going to do something differently’?”

It’s donors like Jackson who drive her work, says Acevedo-Duncan.

“The majority of my lab’s funding comes from individual contributions,” she says. “As with Jackson, for many of us, this work is personal. Together, we’ll help save lives.”

Jackson’s Pop wasn’t offended when his grandson gave away his Hanukkah gift. After all, Gross is the guy who decreed no presents at his retirement party, instead giving his OK to a USF scholarship fund in his honor. “Jackson’s a good example for all of us,” he says.

The Dunedin Highland Middle School student admits “I’d be lying if I said I think about giving every day. I’m only special because the average person gives for some personal gain, and I don’t do that.”

He knows that, like the tiny bit of oil that kept a menorah burning for eight days centuries ago, his donation just might fuel a miracle.

“What if the one penny is the difference between finding a cure or millions of lives lost?” he asks. “One penny could have all the value.”