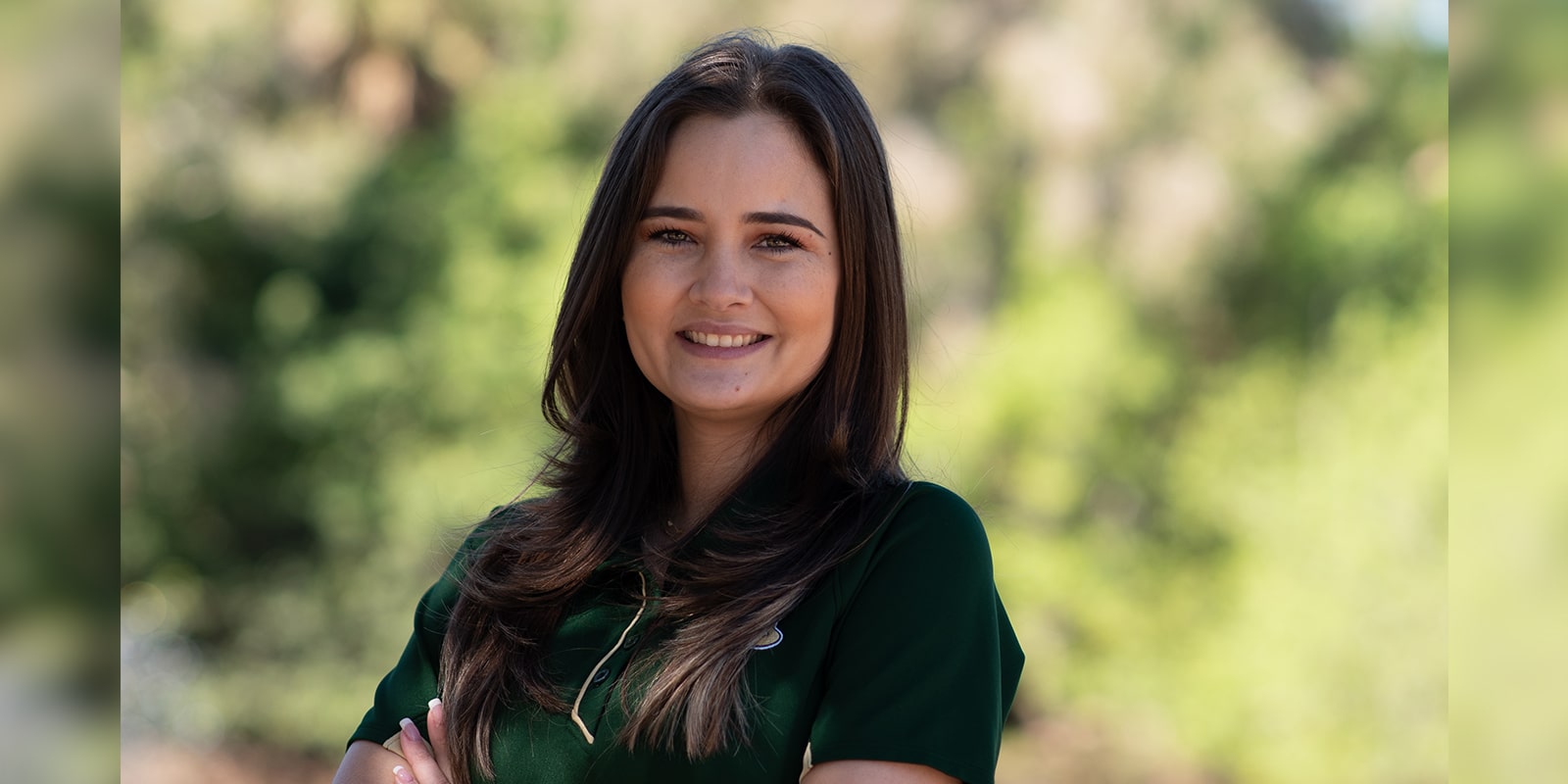 A decade ago, Amelia Foxwell was closing in on a dream. She was just one semester shy of completing her psychology degree at USF’s Sarasota-Manatee campus while juggling far more than the typical load of challenges.

In addition to her classes, her balancing act included serving as a USF Ambassador and rowing on the crew team. And she was doing it all while expecting her first child. But her biggest hurdle by far was financial. Foxwell was running so low on funds, she reluctantly informed school officials she was going to have to drop out with the finish line in sight. She couldn’t pay her balance of some $2,700.

What happened next changed the course of her life, and today is changing the lives of other students at the Sarasota-Manatee campus.

When she informed her mentor and Ambassadors advisor, Jay Riley, his response was swift and direct. “He said, ‘Amelia, you’re not dropping out!’ ” she recalls.

“I said, ‘Well, Jay, there is no money. And nobody in my family has any money. I can’t do this.’ I was one of those people that when my car broke down, my whole life was a mess. And if I got a big electric bill, there was no way I could pay it. I always worked two jobs to make ends meet.”

Riley, now the campus’s senior director of corporate partnerships and external affairs, would not hear it. He found a USF Alumni Association scholarship fund to cover Foxwell’s remaining balance. That allowed her to graduate on time and put her on a path to return to her home in Maryland, where she eventually founded the Sweet Bay Magnolia Academy to benefit children with autism.

Today, the 2011 USF graduate is paying it backward — and forward. She has established the Foxwell Family Scholarship as a nod to the vital help she received when facing a financial crisis — and to support current and future USF Sarasota-Manatee campus students who face similar hardships.

“When I set this up, my major concern was not limiting who could access this scholarship,” she says. “I didn’t want it to be based on the program you’re in or anything else. I simply wanted it to be for anybody who has experienced something that is going to prevent them from finishing school.”

The idea took root in 2018. She learned of a student who didn’t have enough money to fly from Florida to Washington, D.C., to participate in an enormously beneficial program. Foxwell used her own airline reward points to help pay for the young woman’s ticket, met and spent time with her in D.C., and became convinced that she wanted to help others struggling with cash-flow issues.

One such student was education major Kenia Perez Torres, who mirrored Foxwell’s experience as a student. A single mother caring for a special needs child, Torres worked weekends and nights to pay the bills. This past year, she worried she would have to drop out due to the financial burdens weighing her down. Instead, she reached out to teachers and campus staff to see if she had any options. The Foxwell Family Scholarship helped provide the money she desperately needed.

“I’ve been paycheck to paycheck for so long and now, for the first time, it feels like I have wings, like my life is about to take off,” says Torres, who graduated in May and is now teaching full time. “I wouldn’t be here, graduating and starting a new career, if it wasn’t for USF and its donors.”

Like Amelia Foxwell who understands how it feels to walk in those shoes.