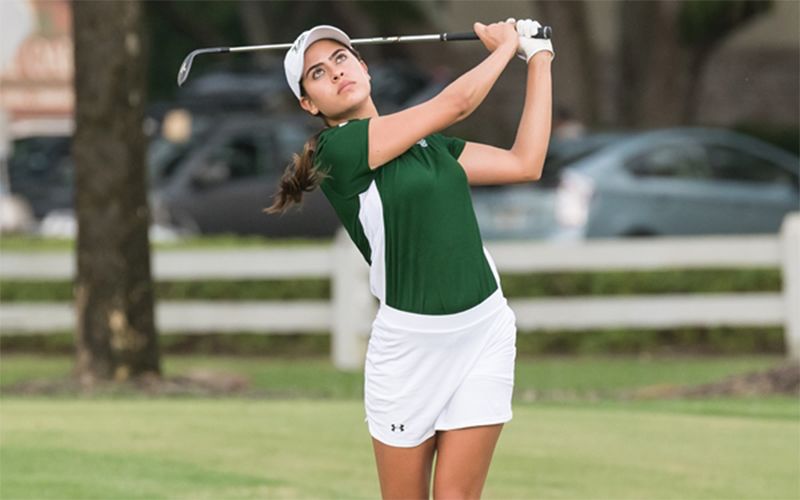 USF Director of Athletics Mark Harlan announced the hiring of Tiffany Prats as the head coach of the USF women’s golf program on July 11, 2016.

“I am excited to welcome Tiffany back to the state of Florida and to our Bulls family,” Harlan said. “Tiffany is driven for success, brings a terrific background in both collegiate and professional golf, and has a strong and engaging coaching philosophy. She will be an excellent leader and mentor for our student-athletes.”

An accomplished collegiate golfer at the University of Miami (2003-06) and a player on professional golf tours for two years, Prats was also an outstanding player on the Florida junior golf circuit early in her career. She brings seven years of collegiate coaching experience to USF, most recently spending the past two seasons as head coach for Marshall University’s women’s program (2014-16). Prats also had assistant coaching stints at Maryland (2011-14) and San Diego State (2010-11).

Brian Keenan has served as First National Bank of the Gulf Coast’s Regional President for West and Central Florida since July 2011. Prior to joining First National Bank of the Gulf Coast, Mr. Keenan was the affiliate President and Chief Executive Officer for Fifth Third Bank in the Tampa Bay Market. Under Mr. Keenan's direction over the past six years, the Fifth Third Tampa Bay Market tripled in size.

Overall, Mr. Keenan has 27 years of banking experience in the Tampa Bay, Orlando and Sarasota markets with prior experiences also at Barnett Bank, Bank of America, Huntington and SunTrust Banks.

Mr. Keenan holds a BS in Finance from the University of South Florida where he also lettered on the golf team.  Mr. Keenan is a graduate of ABA’s Stonier Graduate School of Banking. He also serves as the Chairman of the board of United Way of Tampa Bay, and serves on the boards of WEDU, USF Foundation, USF Bulls Club and Visit Tampa Bay.

On July 4, 2014, USF named Steve Bradley as head coach of the USF men’s golf program. Less than a year later, the Bulls recorded the best season in program history.

Bradley won his first tournament as head coach at USF, leading the Bulls to a victory at The Invitational at the Ocean Course, and steering USF to four more wins throughout his inaugural season. USF was rankined inside the top 20 for the entirety of the 2014-15 season, and Bradley helped coach the Bulls to an American Athletic Conference Championship, as well as the second berth into the NCAA Championships in program history.

Reaching the NCAA Championships wasn't enough, as Bradley coached the Bulls to sixth place during stroke play, sending USF to the NCAA Championship match play quarterfinals. Bradley coached five players onto the all-conference team, including The American Freshman of the Year Claudio Correa, and was named the 2015 American Athletic Conference Coach of the Year. Still in his first season with USF, Bradley had three Bulls named to the PING All-Region Team.

Bradley guided the Bulls to another program first during the 2015-16, with a return to the NCAA Championship after the team placed fourth at the Albuquerque, N.M., Regional. Prior to NCAA action, Bradley's Bulls defended their title at the American Athletic Conference Championship, one of four tournament victories for the program. Bradley had four of his players earn all-conference honors, including American Player of the Year Aksel Olsen, and he was named conference coach of the year for the second consecutive season. Three all-conference picks - Olsen, Chase Koepka and Correa - were named to the PING All-Southeast Region team.

Named the 2014 Atlantic Sun Conference Coach of the Year, Bradley is a former University of Florida player and assistant coach with roots in the state. He came to USF after having served as head coach for the Mercer University golf program since 2011. In three seasons leading the Bears, he oversaw a program rise in the Golfweek/Sagarin College team rankings from No. 103 in 2011 to No. 30 in 2014. Bradley guided the program to a conference championship and first-ever qualification for the NCAA postseason in 2013-14 and coached six Atlantic Sun All-Conference players during his tenure.

Bradley guided three Bears players to qualification in the NCAA postseason regional tournament in the 2011 and 2012 seasons after the program had previously had one qualifier in its history. His 2013-14 team won three tournaments, including the conference championship, and defeated such teams as Georgia, Georgia Tech, Virginia Tech and Florida State. The Bears had two players named to the Conference All-Freshman Team and Trey Rule was named the Atlantic Sun Conference Player of the Year.

Prior to his tenure at Mercer, Bradley served as an assistant coach for three years at the University of Florida as the Gators advanced to three NCAA National Championships, finishing 19th, 23rd and 11th from 2009-2011. He was part of a program that won the 2011 SEC championship, had three golfers ranked in the top 25 in collegiate golf, and was consistently ranked in the top 10, finishing the 2009-10 and 2010-11 seasons ranked No. 6 in the final Sagarin rankings.

A 1999 graduate of the University of Florida’s Warrington College of Business with a bachelor’s degree in finance, Bradleybeganhisprofessionalcareerworkingasanaccountexecutiveand sales manager for CDW Corporation, Inc., a Chicago-based Fortune 500 company.

Bradley was a two-year member of the Florida golf team, garnering All-SEC second-team honors in his junior season, his first in Gainesville, and finishing third in the 1998 NCAA East Regional. Bradley assumed the role of team captain in his senior campaign and led Florida to the 1999 SEC Conference Championship.

Before transferring to Florida in the fall of 1997, Bradley spent two seasons competing for Florida State, leading the Seminoles with five top-20 finishes during his sophomore season.

As an amateur, Bradley won the 1996 Florida State Amateur title and also qualified for the 1994 U.S. Amateur.

Bradley is married to his wife, Jen. The couple have two daughters, Campbell (6) & Collins (4).

USF men's and women's golf have made Bulls Nation proud by combining to capture four conference championships since 2012. This spring, USF men's golf seeks its third consecutive American Athletic Conference title and a third straight trip to the NCAA Championship.

Off the course, our golf teams have helped USF Athletics post a record 86 percent Graduation Success Rate (GSR) in the latest release in 2016. Women's golf had a perfect GSR score for the eighth time in program history, while men's team saw a year-over-year improvement.

Despite all that success, there's still much room for improvement and you can help USF contend with the top programs in the nation.

USF is trying to raise up to $15,000 to purchase its own push mower that will give the Bulls a true advantage in training. The mower will allow us to prepare better in practice with faster greens thanks to a close cut from a machine that is much lighter than the riding mower. The overall health of the greens will be better, too, because the teams would not be sharing a mower with The Claw anymore. This would cut down on cross pollination, weeds and diseases.

Thanks again for the support and Go Bulls! 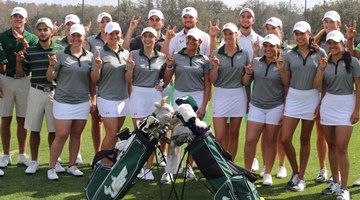 USF's men's golf was consistently ranked in the top 25 during its back-to-back NCAA Championship appearances.

Get the Bulls closer to the pin on their first shot by giving $250 toward a new mower.

Gifts of any size make an impact! Enter your custom gift amount.