/ Why Give / Why You Give / A Step Up for the Underserved

A Step Up for the Underserved 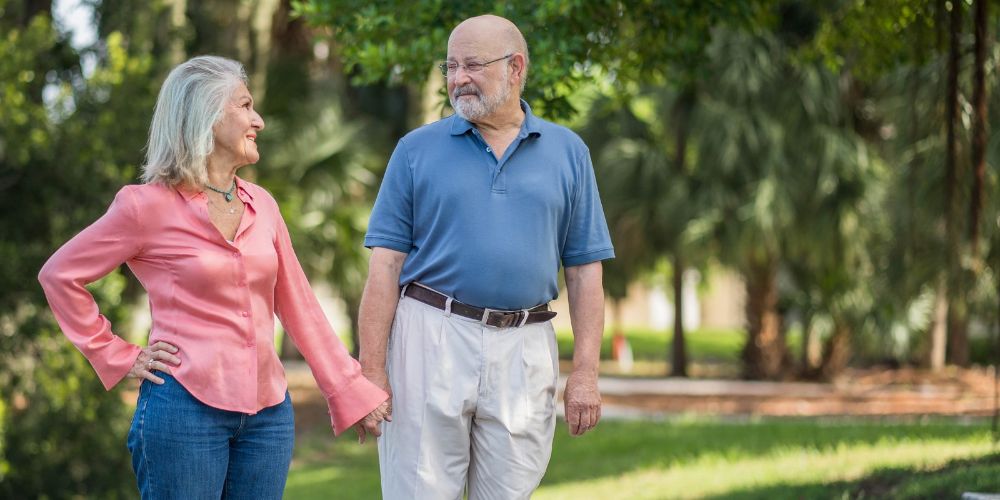 Christine Schlesinger always knew she had a calling. An immigrant born in Germany, caring for the underprivileged and underserved was her passion and soon became her life’s work.

As a nurse for more than four decades, she provided compassionate geriatric care to World War II and Korean War veterans at the Philadelphia VA Medical Center. In this setting, she quickly learned to trust her instincts — a trait that came in handy more than once working on the frontlines of health care.

Since moving to Sarasota in 2010, Schlesinger and her life partner, David Kotok, have immersed themselves in improving their community through hands-on volunteering and life-changing philanthropy.

From sponsoring the annual Brunch on the Bay scholarship fundraiser to donating 12 Bloomberg terminals, a cutting-edge tool that has become the gold standard for Wall Street traders and investors alike, Kotok has invested heavily in student success on campus.

Schlesinger’s connection to the university links back to her involvement as a volunteer and board member of the Visible Men’s Academy (VMA) in Bradenton, Florida. An all-boys Title I elementary charter school, VMA provides at-risk students a high-quality education with a focus on building a strong innate character.

“As we discussed the future for these young men, we realized we could do more,” said Schlesinger. “We want to see them succeed, not fall through the cracks. That was where USF came in — by creating a scholarship for these kids, we could invest in their future and our local community.”

What began as a small endowed scholarship for VMA graduates attending the Sarasota-Manatee campus, quickly evolved into much more as the couple deepened their commitment to providing scholarships for the underserved students in the region.

In August 2019, the Step Up to Your Future Endowed Scholarship was born. Using a mixture of cash and estate gifts, Schlesinger and Kotok established a very generous endowed scholarship open to all first-generation USF Sarasota-Manatee campus students who graduated from a local Title I school.

The first recipient, a student from South America, used the scholarship as a lifeline after her father was unable to stay in the country. Without the benefit of parental support, the recipient worked multiple jobs to survive, leaving precious little time for her studies. Thanks to the Step Up to Your Future Scholarship, she was able to scale back her work hours and refocus on her education.

“Students on the USF Sarasota-Manatee campus are coming from households where hard work and education are held in high regard,” said Kotok. “Many, including our present scholar, need assistance because of financial problems not of their making. For us that is the student that we want to help. We think the contribution to the society is huge when such a student can succeed both with a strong work ethic and an education degree.”

For Schlesinger and Kotok, there is no higher calling than giving the underserved the step up they need to reach their educational dreams.

Give to the Step Up to Your Future Scholarship