/ Why Give / Why You Give / Sound Values to Live By

Sound Values to Live By 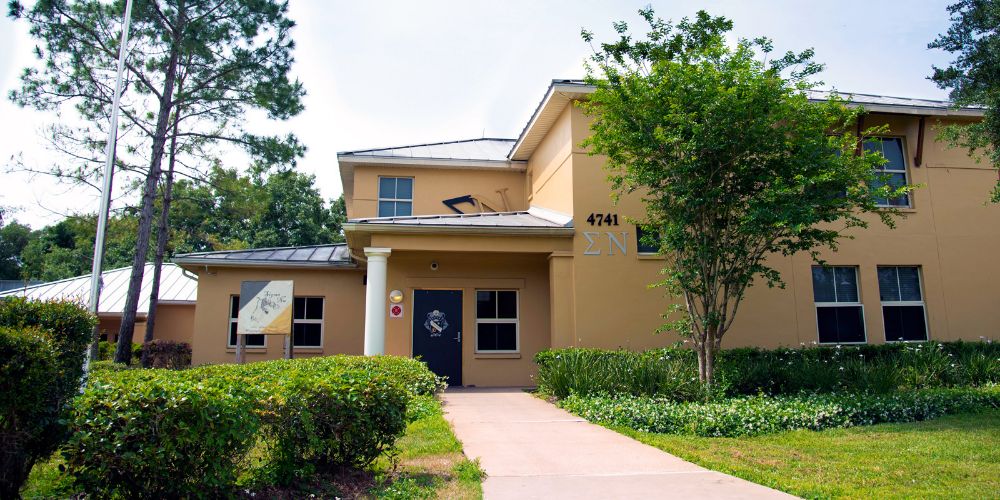 Jim Farr ’71 has lived his life by the Sigma Nu Creed:

To believe in the Life of Love;

to walk in the Way of Honor;

to serve in the Light of Truth —

This is the Life, the Way and the Light of Sigma Nu.

This is the Creed of our Fraternity.

“These are sound values to live by and something that drew me to Sigma Nu in the first place, that stuck with me,” he said. “Those are things you want to focus on and have them guide you in your life. Those are values we want to keep perpetuating in our young people.”

Farr said his Sigma Nu experience at the University of South Florida provided a positive foundation that has carried through the rest of his life — through graduate school, through his career as a real estate attorney and through his personal life, raising two daughters.

With Sigma Nu having such a profound impact on his own life, Farr wanted to ensure the same experience would be available to future USF students.

“I think the school generates a good student, and I think Sigma Nu, character-wise, helps that along. I think that’s very important for young men,” said Farr.

To that end, he has included a gift to the University of South Florida in his estate plan, which will establish the James G. Farr Endowed Sigma Nu Fraternity Scholarship. The scholarship will support students who are members of USF’s Theta Alpha Chapter of Sigma Nu.

A Florida native, Farr grew up in Orlando, back when it was “a sleepy little town — orange groves and crystal-clear lakes and piney woods and cow pastures. Nothing like it is now,” he said.

He attended USF at the suggestion of a cousin, the late William Register, who was a Tampa-based attorney with Carlton Fields.

“It was just a great, great time. I’m so proud, of course, to have been accepted to college in the first place. The future is bright when you’re 18 years old and looking at going to college and making something of yourself. I was always really proud of that and proud of USF,” said Farr. “And, of course, the fraternity accentuated all of that, and I was also always proud of Sigma Nu.”

Farr joined Sigma Nu in his freshman year at USF, and ultimately would serve as commander of the chapter.

“You’re so impressionable when you’re that age and young and absorbing everything. Being exposed to the right things — good values, principles and morals — is honestly the best thing that can happen to you, and that’s what I felt like happened to me,” said Farr.

After earning a degree in political science, Farr went on to law school at South Texas College of Law in Houston, Texas. He returned to Tampa and worked for Chicago Title Insurance Co. for six years, before opening his own title agency in 1984. He operated Paramount Title Corp. for 31 years, selling the business five years ago.

Along the way, Farr had two daughters. The eldest, Rhia Winant, followed in her father’s footsteps to USF and then went on to become a Tampa-based real estate attorney. His younger daughter, Alison Farr, owns a massage therapy business in Tampa.

One constant through the years has been his Sigma Nu brothers.

He also stays active with USF’s Sigma Nu chapter, helping to maintain the fraternity’s house on campus and speaking at events during recruitment.

“It’s important to have that kind of tradition and people like ourselves that the younger guys can see in the community. We can look back and say to them, ‘We were in your shoes when we were your age, and here we are today. The friendships we made back when we were in Sigma Nu and in college have lasted us our whole lives.’ That’s such a great thing, and such a great heritage and tradition, and I want to perpetuate that,” he said.