/ Why Give / Why You Give / A Life of Service, Honored

A Life of Service, Honored 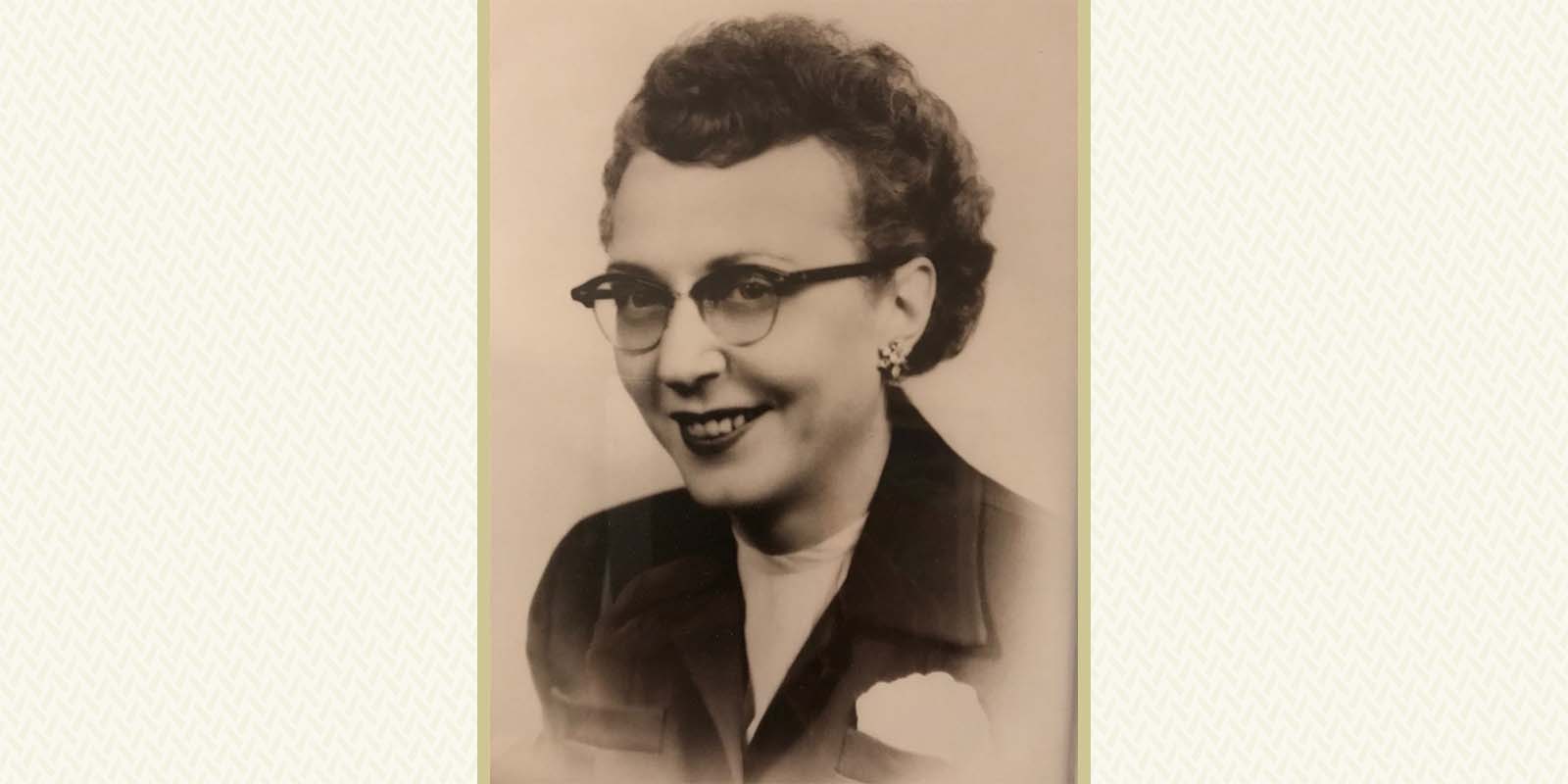 Margaret Ann Susko was born on Dec. 7, 1921, long before that date held any significance in U.S. history. Her parents were immigrants from Slovakia, who came to the U.S., like so many before and since, with the hope of building a better life. They settled in Fifficktown, Pennsylvania, as coal miners and raised their family of seven children.

The day she turned 20, Margaret’s birth date took on a new significance for the country and the world with the bombing of Pearl Harbor. The event inspired her to enlist in the Women’s Army Corps (WAC), becoming one of the more than 200,000 women to serve in the WAC and Army Nurse Corps around the world during World War II.

Women in the WAC played a crucial role in the war effort, taking on support positions, which freed men to move into combat assignments.  By the time she was honorably discharged at the end of the war, Margaret had attained the rank of Tech 4 and she landed in San Francisco at the end of the war.

“Her love of that city stayed with her until the very end,” said her daughter, Dolores “Dee” Garcia, who was named after Mission Dolores, her mother’s favorite district in the city. “She could recite every street name in order, even when bedridden, after she’d lost other faculties; her memories of San Francisco never failed to make her smile.”

In the late 1950s, Margaret moved to Detroit, Michigan, to be near family and used her GI Bill benefits to earn a degree in accounting from the Detroit Institute of Technology. She was the only one of her siblings to graduate both high school and college.

The only woman in a class of 98, she ranked top in her class, and she went on to have a long and successful career in accounting and real estate.

Through her service, Margaret was able to see the country. Her memories of Miami, Florida, are what drew her to move to Clearwater for the warm Florida climate later in life.

Margaret’s Army-issued possessions are now part of displays at the U.S. Army Women’s Museum at Fort Lee, Virginia, which recognizes the service of women from the Revolutionary War to the present. She is also listed at the Women’s Memorial at Arlington National Cemetery and is buried at Florida National Cemetery

Wanting to honor her mother’s life and work, Dee Garcia established the WLP/Margaret Ann Susko “Counting Angels” Scholarship at her own alma mater, the University of South Florida, as part of the Women in Leadership & Philanthropy (WLP) program.

“Education was always very important to her, ergo, she made it important to me,” said Dee, who earned both a bachelor’s and master’s degree from USF.

Dee was inspired to make the gift as a way to memorialize her mother for what would have been her 100th birthday. Though she and her husband, Ralph, had previously created a legacy gift for the Muma College of Business and are Life Members of the USF Alumni Association, Dee wanted to honor her mother’s name by supporting the opportunities that a university education offers.

Fittingly, the scholarship is open to accounting students in the Muma College of Business, with preference given to female veterans.

Dee, who serves as the director of development at Tampa Bay Wave, has been an active member of WLP since 2017. A volunteer on the scholarship committee, she has seen firsthand the impact the WLP scholarship program has on student recipients.

“Having served on the scholarship committee, I trust the process and the fact that there are no unworthy candidates,” said Dee. “The stories behind each student’s application are inspiring and heartwarming. I wish we could support every applicant.”

Outside of the scholarship committee, Dee enjoys interacting with students and serving as a mentor. She remains in touch with her previously mentored MBA student, introducing her to WLP through the WISE (Women Who Ignite Student Engagement) Symposium.

Through WLP, Dee and friends formed an unofficial club with other women who share her love of golf.

“We got our start at a WLP event at the USF women’s golf team training facility (in fall 2018),” said Dee. “We all sat around and said, ‘Do you golf?’ ‘Do you golf?’ Which turned into, ‘We should golf!’ It’s a really wonderful network of women supporting women,” she said.

Women supporting women is what WLP is all about, whether it’s supporting students through scholarships and leadership development, faculty members through research grants, or other WLP members through connections both personal and professional.

Dee looks forward to meeting the recipients of her mother’s scholarship.

“I hope that it allows them to pursue their dreams and (perhaps inspires) them to pay it forward to the next generation,” she said.

Give to WLP/Margaret Susko Scholarship