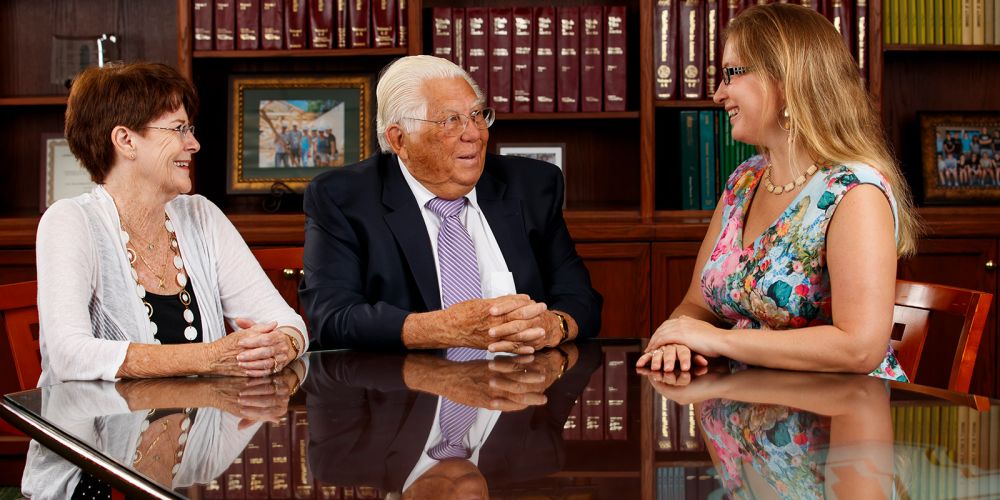 Dr. Julian Newman may have traveled a long way from his childhood home in Yonkers, N.Y., to reside in Tampa, Fla., but he never distanced himself from the compassionate example of working hard and giving back that his father’s life impressed on him. It is this fatherly example that eventually led Newman to give his time and financial resources to help support the University of South Florida, including the Newmans’ recent $1.2 million planned gift.

“My father, raised in Richmond, Va., had the manner of a southern gentlemen — in his work, in his service to the community and in his caring for others and our family,” said Newman. “I lost him early in my life, but his example of how to work hard and give generously has stayed with me as a pattern for my own life through all of these years.” Newman moved to Florida at the age of 25, settling in Tampa where he would choose to establish his successful optometry practice. Tampa is also where he was inspired by then Florida Gov. LeRoy Collins’ speech in 1958, challenging all residents to rise up as good citizens and contribute to the growth of their home state.

“USF was just beginning in those days, and I was fortunate to connect with some of its first professors in the liberal arts,” said Newman, who not only connected with professors, he eventually became a frequent guest speaker and teacher himself. “I still say to this day I may have graduated from New York University, but I gained my education from USF.”

In 1978, Newman began adding to his university and community involvement through his first financial gift to the College of The Arts. Soon after, he established the Bettye, Esther and Dorothy Newman Poetry Award that was set up as a memorial to honor his sister, Dorothy. Since then, Newman has continued to generously support the university.

“As I became successful in my profession, I believed it was my responsibility to give back, and what better way to give to the future of the community than to support students and their education,” said Newman. And his many scholarship recipients would agree.

“This scholarship has literally been a game changer for me,” said Elizabeth Rachael Ricketts, fourth-year doctoral student and recipient of the 2019 Harry and Julian Newman Archival Research Award. “It has allowed me to spend two months in Ireland at various archives in Galway and Dublin, examining materials directly related to all four chapters of my dissertation. This research will add countless layers to my dissertation … enabling me to pursue my career goal of one day teaching literature and composition at the college level.”

Newman’s most recent $1.2 million gift adds to the continual funding of the above scholarships and three additional scholarships already established in the College of Arts and Sciences, including the Edwin and Mary Martin Award, the Harry Newman and Julian Newman Award, and the Julian Newman Graduate Scholar Award.

The pattern of a father’s generous life is why each of these scholarships exist; shortening the distance between father and son, while closing the financial gap between worthy students and the extra support needed to continue their education.

“When I invest in students, such as Elizabeth, and all the others who have and will receive these scholarships,” said Newman, “I am investing in our own local community and its leadership for years to come.”