A New Way to Give 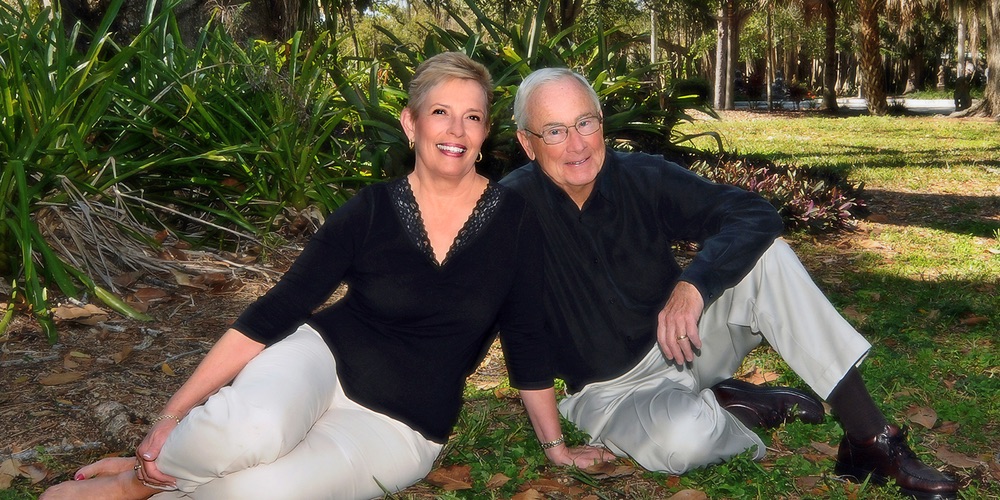 Music has always been one of the great loves of Jerry Addicott’s life.

It has taken him around the world, playing banjo with his Dixieland jazz band on cruise ships and at festivals. It fills his heart with joy as he listens to Classical WSMR each day and regularly attends Sarasota Orchestra and Opera performances. And most importantly, it enabled him to meet his lovely wife Sue Ellen!

Twenty-six years ago, Sue Ellen danced into his arms at a singles dance at the Hollywood Ballroom in Silver Spring, Md., during a Paul Jones–style mixer dance. Each time the music paused, everyone switched partners. Jerry didn’t see her again until the penultimate event of the evening — another Paul Jones dance. The fifth and final time the music stopped he found himself partnered with Sue Ellen again, but now they could keep on dancing together.

As the evening progressed they realized they shared a passion for nearly all kinds of music — she enjoyed the jazz he played, he dug her country and pops, and both loved classical music.

In September of 1998, Jerry and Sue Ellen retired to Florida. They were barely settled in before making their first gift to WUSF in mid-November. Shortly after, they collectively hit a high note, becoming founding members of Classical WSMR and Cornerstone members of WUSF Public Media, so that the music they cherish could be shared with even more people.

“To me, music is the most interesting and rewarding form of art,” said Jerry. “I’ve always been a music buff, so when we came to Florida, I wanted to do my part to support the local cultural organizations. I listen to WSMR all day — they have great announcers and play a wide variety of classical music.”

Recently, the couple found a new way to support their favorite radio station. Rather than making monthly contributions, Jerry donates part of his annual required minimum distribution (RMD) from his IRA directly to WSMR.

This kind of giving is called a qualified charitable distribution, or QCD. Anyone who owns an IRA and has reached the age where they are required to take an annual RMD can give this way, up to $100,000 per year. By arranging for one’s IRA custodian to send the gift directly to the charity, the donated funds are not considered taxable income.

“As time goes on, your annual RMD usually increases, and you may have to pay income taxes on funds you don’t really need,” said Jerry. “Once you are 72 and required to take your RMD, you can make a QCD directly from your IRA to WSMR and you won’t pay income taxes on those funds. It’s really a win-win deal for all of us with IRAs — as close to a no-brainer as anything can be.”

In November 2019, Jerry and Sue Ellen celebrated their 25th wedding anniversary, which also marked 21 years of consistent giving to WUSF Public Media. And thanks to supporters like the Addicotts, the music they love plays on.

To learn more about how you can make a gift through a qualified charitable distribution, and other ways to give, please visit usfgiving.org.

Give to WUSF-FM Operating Fund