Memory of One Scientist Lives on Through Others 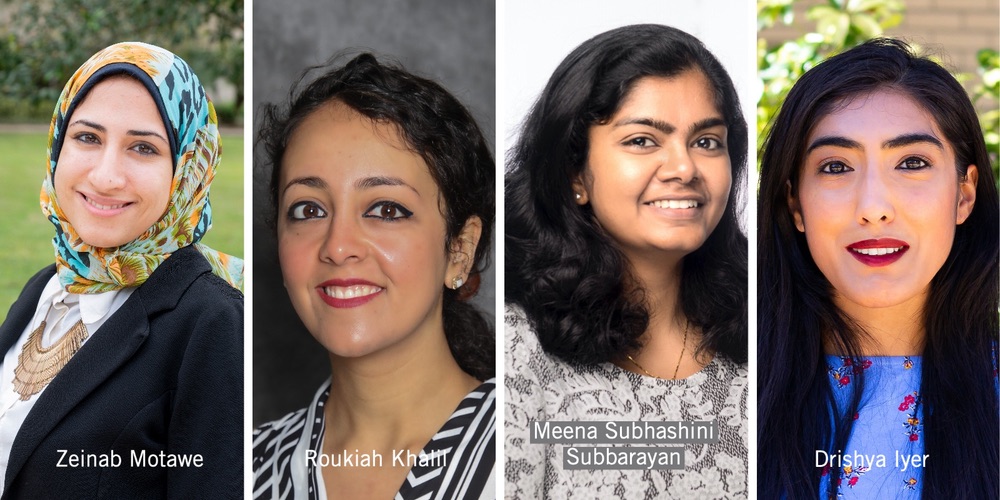 Edith Wright Hartley Ph.D. ’82 accomplished much in her 46 years of life. She was valedictorian of her Central Florida high school, and earned a bachelor’s degree from Florida Presbyterian College (now Eckerd College), a master’s degree from Duke University and a PhD in Medical Sciences from the University of South Florida.

Hartley’s career included research at USF and teaching in the Morsani College of Medicine. She co-authored a textbook, Computed Tomography of the Head and Spine, as well as numerous papers on scientific methodology.

“She loved her work and doing research. She was always curious, had a great sense of humor and her smile was radiant,” said Hartley’s sister, Marian Wright.

In addition to her career, Hartley was a wife and loving mother to two sons, and was active in her community.

Following in her grandmother’s and mother’s footsteps, Hartley joined the Florida State Society of the Daughters of the American Revolution (DAR). She served the DAR as a state regent and was named National Outstanding Junior Member of the DAR in 1982.

According to Hartley's sister Barbara Wright Fite ’69, during her lifetime Hartley supported the scholarship program offered by the DAR to youth across the country.

“Education was important to Edi, and she supported the notion that all deserving students should earn scholarship assistance,” said Fite.

When Hartley passed away in 1993 at just 46, her family decided to establish a scholarship to honor her memory. While the endowment is managed by the DAR, the University of South Florida receives the funds each year to award to deserving students.

The Edith Wright Hartley PhD Graduate Scholarship is open to all full- or part-time graduate students in the Morsani College of Medicine with preference given to female students with an interest in neuroscience or seeking a doctorate.

“Our parents were very big on the notion that academic education was the best opportunity for growth for their daughters and began this scholarship in Edith’s name to continue to support academia,” said Fite.

In Spring 2020, the scholarship was awarded to four students in USF’s PhD in Medical Sciences program.

Zeinab Motawe PhD ’20 successfully defended her dissertation this spring. Her research includes investigating how drugs that activate Sigma-1 receptors function inside endothelial cells, which line blood vessels. Her research has found targeting this receptor is beneficial for endothelium and is promising as a therapeutic target for diseases involving endothelial dysfunction such as stroke. Especially because Sigma-1 activation was shown to enhance outcomes in stroke rat models, even 48 to 72 hours later. Current drugs are only beneficial if administered within four to six hours of stroke.

Motawe came to USF from Egypt with her husband, who was pursuing a doctorate in mathematics. A medical school graduate, Motawe applied to and was accepted into USF’s PhD in Medical Sciences program in 2016 and joined the lab of Jerome Breslin, PhD.

Breslin was the one who encouraged her to apply for the Hartley Scholarship.

“It’s extra money that wasn’t expected, so it helps me to adjust my expenses,” said Motawe, who welcomed a son during her doctoral studies. She said the funds have helped her and her husband cover daycare expenses this year.

“It all worked out with the help of my mentor and my husband and with the support I got from all my colleagues and, of course, with the help of the scholarship,” said Motawe. “It’s financial support, of course, but also emotional support. You feel like, ‘I’m doing good.’ This was encouraging me to develop myself even more. I’m really grateful to the donors for the scholarship.”

The sense of getting more than financial support from the scholarship was echoed by other recipients.

“I felt so happy when I got the email [about receiving the scholarship]. It just confirmed to me that I’m on the right path,” said Rhoukiah Khalil, explaining the scholarship will help her pay tuition or perhaps travel for a conference or to see her family.

Khalil came to USF from Egypt, where she earned a pharmacy degree from Cairo University in 2012. She was working as a teaching and research assistant in the Department of Clinical Pharmacy there while pursuing a master’s degree when she made the decision to enroll in the PhD in Medical Sciences program at USF.

Khalil joined the lab of Subhra Mohapatra, PhD, because the work being done there was varied and she liked the idea of being exposed to multiple research areas. Her doctoral research is focused on a drug of herbal origin to see if it could be a good therapy for lung cancer.

“The reason why I’m doing my work and what drives my passion is I had a family member who had cancer, and I really want to make a difference,” she said.

Meena Subhashini Subbarayan also has a personal connection behind her area of research. Her grandfather died from a brain tumor, which has inspired her to delve more deeply into brain disorders.

“I always wanted to do something in the field of medicine, but I cannot handle sick patients,” she said.

As an undergraduate, Subbarayan studied engineering, specifically biotechnology, and worked in a neurophysiology lab on an epilepsy study. For graduate school, she wanted to work on neurodegenerative disorders, so USF became her top choice since several USF professors work in that area.

For the past few years, Subbarayan’s studies have been supported by Bickford, so receiving the Hartley Scholarship helped reduce that burden and paid her tuition.

Subbarayan found even the application process was helpful.

“It made me look at my project in a perspective of how others will look at it,” she said, explaining she was able to present it to various foundations afterwards as well. “I was able to do it with confidence. It motivated me mentally to keep going.”

Drishya Iyer also found value in the application process, explaining it was good practice in writing out her research aims, as she will undoubtedly do when applying for grants throughout her career.

“Can I put together my ideas and make it relatable to someone else,” she said. “It was definitely a good boost to my confidence.”

South Indian by birth, Iyer grew up in Dubai in the Middle East and came to USF as an undergraduate. After graduating with her bachelor’s degree in 2018, she immediately enrolled in the PhD in Medical Sciences program, joining the lab of Joshua Scallan, PhD.

Iyer studies lymphedema, which is the buildup of fluid in the tissues and currently has no cure.

“Everyone in the field right now is sort of racing to find a cure,” she said.

As an international student, Iyer said she was especially grateful for the Hartley Scholarship as many similar kinds of funding are only open to U.S. citizens. This was particularly helpful in helping her build up her curriculum vitae, which will in turn make her more competitive for other scholarships and fellowships in the future.

It was also a financial boost, covering her fees for the semester.

“That was helpful, because that’s a huge chunk of money that’s coming out of pocket every semester. It was good that I didn’t really have to worry about having to pay that for one semester,” she said.

Iyer said many of the scientists who have propelled the field forward have been women.

“Women scientists make up a huge portion of the lymphatic biology field of research and have made significant contributions to our understanding of the lymphatic system and its associated diseases,” she said.

For these four recipients — and those who will earn the scholarship in the future — the Wright family hope they continue to conduct research that brings about ways to help people in need.

“We especially want deserving scholars to have the opportunity to continue their studies with confidence that there are many ways people are supporting them, not just with money, but also the belief that they can make the world a better place,” said Fite.

Give to the Edith Wright Hartley Grad. Scholarship