A Story of Triumph 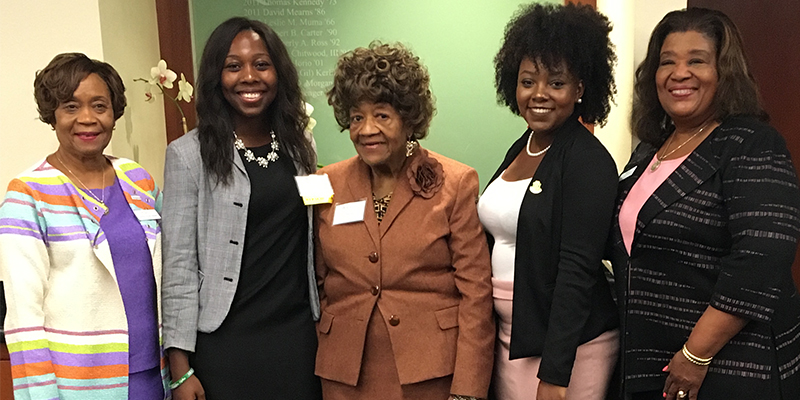 At 81 years old, Geraldine Twine has spent as much time in hospitals as she has in her home. Not due to sickness, but a calling from a young age. She had always been a nurse at heart – a gentle person with a natural sense of caring and compassion, but it wasn’t until she moved from Tallahassee to Tampa, Florida that she found a program that would allow a black woman – like herself – to train to become a certified nurse.

As a young wife and mother living in the segregated south of the 1960s, her skin color determined where she could live, work, go to school, and even which hospitals would treat her.

Those obstacles only energized Twine to succeed. She organized a carpool with three other women, and they traveled in the early morning hours over the bridge to attend Gibbs Junior College in St. Petersburg. After graduating and passing the boards to become a licensed practical nurse, Twine started her first nursing position in 1961 at Clara Frye Memorial Hospital – a hospital founded by a black nurse decades earlier. It was the only hospital in town that treated both black and white patients without discrimination.

“A woman’s greatest asset is her education,” says Judge Barbara Twine Thomas, one of Geraldine’s daughters. “It is both tangible and intangible. It’s tangible in that your degree helps you get a job, but your knowledge is intangible. It’s a part of who you are and women who are educated do better and their families thrive. They are empowered by their education and can reach back and lift up their families and communities.”

During this time, Twine dedicated herself to mentoring other members of her community and tutoring them to pass the board exam as well. She was also busy making history, becoming the first black nurse to move from Clara Frye to Tampa General Hospital, which officially integrated in 1967. She started a three-year nursing program through Hillsborough Community College but by the time she graduated in the inaugural class with her registered nurse (RN) license, new standards were being implemented that required RN’s to complete a bachelor’s degree.

So when USF opened its nursing program, Twine was one of the first in line and graduated with a bachelor’s degree in nursing in 1978. And over the 10 years that followed, she earned two more degrees from USF – a master’s in Nursing and a master’s in Education – all while working full-time and raising her three children.

As a result, the University of South Florida became a great tradition for the Twine family – a familiar backdrop in her children’s memories and eventually the school of choice for her two daughters for their undergraduate degrees.

“My mother is an inspiration and personal life example for me,” says Thomas. “People think that they have hurdles, barriers and challenges in life, but there are very few people that will have challenges that are not similar to the ones my mother surpassed and triumphed over.”

Now a retired advanced registered nurse practitioner, Twine’s legacy of empowerment and drive lives on through the scholarship established in her name by her daughter Judge Barbara Twine Thomas. The Geraldine Twine Endowed Scholarship will provide financial support to a full-time undergraduate student at the Tampa campus studying within USF Health with a preference toward Nursing majors and members of Alpha Kappa Alpha sorority.

“This scholarship is an opportunity to support other women in the pursuit of their education,” says Thomas. “Just as someone else has lifted us, we have an obligation to lift others. For us in the African American community, it’s even more important to reach back and help one another. There are so many people who – without an education – will not lead full lives.”

To Thomas, the Geraldine Twine Endowed Scholarship is a way to do both, by honoring her mother’s significant triumphs and supporting other African American women to grow, learn and lift up their own families.

Give to WLP Twine Scholarship