/ Why Give / How you Help / Bridging the Campuses Through Philanthropy

Bridging the Campuses Through Philanthropy 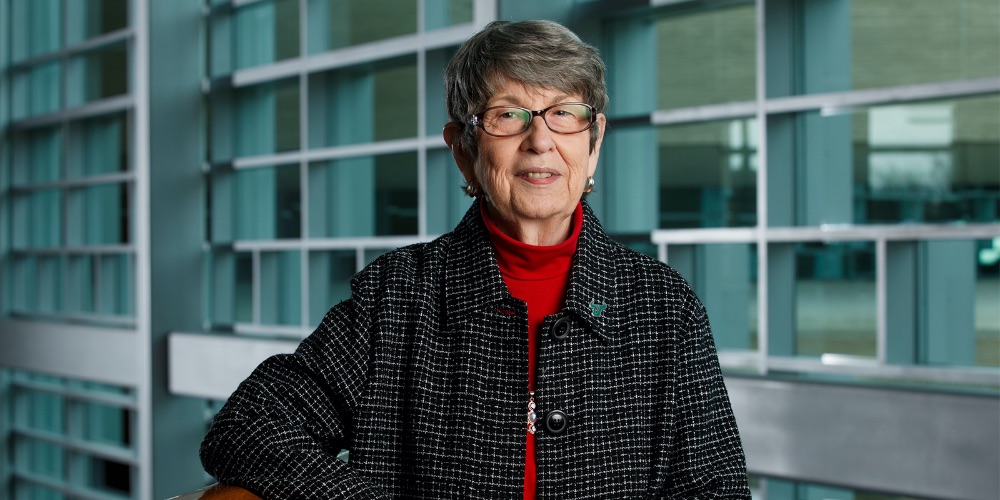 Before consolidation appeared on the legislative docket, Lynn Pippenger ’88 was helping to build a united USF.

“Lynn was one of the architects that set the framework for consolidation,” said Moez Limayem, dean of the Muma College of Business. “She was the first among very few people who invested in a transformational way across the bridge.”

In 2015, the retired Raymond James executive donated $10 million to name the Lynn Pippenger School of Accountancy on the Tampa campus — establishing the first and only school of accountancy in the world to be named solely for a woman. A year later, she made another $5 million gift to name Lynn Pippenger Hall on the USF St. Petersburg campus, which houses the Kate Tiedemann School of Business and Finance.

A dedicated USF alumna, Pippenger's generosity has exceeded $33 million in gifts to the university with a heavy emphasis on supporting the Muma College of Business and student success.

Now, on the heels of consolidation, Pippenger’s latest gift is poised to impact more than 9,500 business students spanning all three campuses. On July 7, 2020, the USF Foundation announced a $5 million gift to create an endowed deanship which will support the dean’s strategic direction for the college.

“You cannot believe how honored I am to be the first Lynn Pippenger Dean of the Muma College of Business,” said Limayem. “The immense pride and gratitude I feel every time I think about it is impossible to describe. This is truly the highlight of my career.”

The gift to create the Lynn Pippenger Endowed Deanship not only fortifies the leadership in the college, it provides the resources needed to take academic programs, across multiple disciplines, to the next level.

The earnings from the endowment will support the academic activities of the college’s dean, including faculty support and salaries, graduate fellowships and assistantships, faculty research awards, professional development support, conferences, publications, visiting lectures, speaker series, and other academic, research and public service programs that promote the core mission of the college.

“Lynn’s longstanding commitment to USF is an inspiration to us all, and I look forward to seeing how this will further strengthen the college’s resolve to develop world-class business leaders,” said Les Muma, whose 2014 gift named the college.

The endowed deanship represents the next major step on the path to achieving Limayem’s vision of elevating the Muma College of Business to become one of the best colleges of business in the world.

“Dean Limayem has ambitious goals for the future of the Muma College of Business and through the years I have watched as he surpassed each milestone he set,” Pippenger said. “His leadership is a critical part of the college’s path forward and the best investment I can make in its future is to name the deanship and ensure we always have an accomplished, forward-thinking and dynamic leader.”

Under Limayem’s leadership, the college has experienced tremendous success. Student retention, progression and graduation rates are soaring to an all-time high. Partnerships with the business community are flourishing. And, the college continues its relentless climb to the top in state, national and global rankings.

Currently, the Muma College of Business is ranked the No. 1 college of business in the state for job placement and starting salaries according to a study completed by the Florida Board of Governors, No. 11 in the nation for its graduate program in entrepreneurship by The Princeton Review, as well as No. 6 in the world for its Vinik Sport & Entertainment Management Program by SportBusiness International.

“A college does not reach the great strides and progress that we’ve made because of one single person or dean,” said Limayem. “We’ve made it this far because of the incredible work of our world-class faculty and staff, the wonderful caliber of the students we are attracting, and the support of so many dear friends. We simply would not be here or be able to continue this trajectory without the transformational support from great people like Pam and Les Muma, Lynn Pippenger and many others. To them I say, ‘Thank you!’”