/ Why Give / How you Help / Exploring Florida's Past 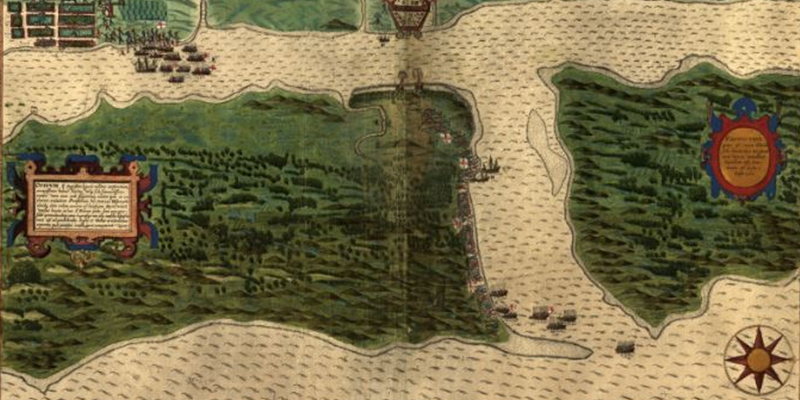 Through the lens of history, Florida has remained hazy on the landscape of America’s past. The picture that emerges of the nation’s third most populous state today sorely lacks the rich detail and illuminating stories that bring to life so many other elements of our country’s colonial portrait.

But all that is about to change thanks to a bold new project created by Dr. J. Michael Francis, the Hough Family Endowed Chair of Florida Studies at the University of South Florida St. Petersburg. Francis is the director of La Florida: The Interactive Digital Archive of the Americas, an interactive and multidisciplinary initiative that puts the state in crisp, unparalleled perspective on the national and global stage – buoyed by a handful of dedicated donors.

The one-of-a-kind web site, launched this fall, takes online visitors far beyond the popular myth of Ponce de Leon’s Fountain of Youth and the swampy wilds of the ancient Everglades. Just as Spanish explorers sailed across the Atlantic to discover a land like no other they had encountered, the project will embark upon a voyage of discovery via vast archival collections in the U.S., Spain, Italy, Cuba, England, and France – chronicling long-ago lives and events that gradually formed Florida’s unique and vibrant tapestry.

“Just think of some of the implications our databases and discoveries will make possible,” Francis says. “Some people of African descent will be able to trace their ancestry directly to an early enclave in St. Augustine. And those of Spanish descent will be able to connect to descendants who landed in America more than seven decades before the Mayflower. More than anything, our site will provide the details, visuals and stories to present Florida’s colonial history in a compelling and engaging way that is unprecedented.”

As a history professor, Francis is no Indiana Jones in pursuit of long-forgotten treasure. Rather, he is an adventurer in the pages of the past. He has tirelessly combed through scribbled notes and ship logs of forgotten generations – studying and archiving documents and dusty relics from Florida to the University of Malaga, a renowned research institution in Spain specializing in digital and video production and a vital, early partner in Francis’ quest. Edriel Technologies, based in Madrid, a global leader in innovation, has covered the technical infrastructure and web build-out, and additional Spanish partners have recently come on board, as well.

Additionally, generous support from the Hough Family Foundation of St. Petersburg, coupled with a commitment from the Frank E. Duckwall Foundation of Tampa, has propelled La Florida from the planning phase to its official launch this fall. “We are very proud of Dr. Francis, and we are excited to be a partner in this project because it puts Florida at the center of early colonial American history, and it also establishes USF St. Petersburg as the leader in uncovering this untold chapter,” says Dr. Susan Hough Henry, president of the Hough Family Foundation, Inc.

La Florida will fill the void with a treasure trove of images and information about the men and women who shaped the state. It is designed with a broad audience in mind, creating an online resource for teachers, students K-12, collegians, scholars around the globe and the general public.

“The collaborative nature of this project will bring together historical content and technical innovation in ways we couldn't have imagined a decade ago,” said USFSP Interim Regional Chancellor Martin Tadlock, PhD. “It will transform the way students, teachers, scholars and researchers in the U.S. and abroad view Florida history.”

A history – thanks to the vision of a professor and the commitment of donors – that will finally emerge in sharp focus for the world to see.

Give to La Florida